Following on from my last post on travelling light with the X100s I thought I would take a look at what that actually means in the real world and how you can overcome and adapt to many situations. I was out in the town of Carrickfergus, walking around the Castle, Harbour and the Marine Highway on a very still grey day. The cloud cover was very low but producing some nice dramatic light as shown below in the photo of The Harbour below.

Further along the marine highway is Fisherman’s Quay. Whilst on the Quay I noticed a shot of the famous Carrickfergus Castle across the water. I visualised a long exposure shot with the water and clouds nicely blurred. Normally I’d have a my X-Pro1, with several lenses, tripod and a range of Lee filters to choose from. However, when travelling with just the X100s, a spare battery and a couple of filters I had no such luxuries. Had the little Fuji reached its limit? 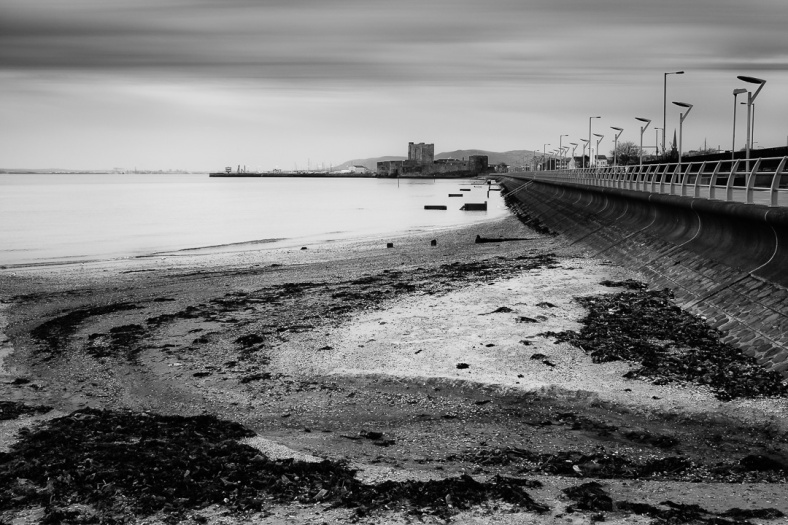 Not a chance. I had a polariser, which would reduce the exposure by two to two and a half stops and the best bit is that the X100s has a built in three stop ND filter, giving me a total of five stops reduction, almost a little stopper. My exposure went from 1/125 at f16 to 1/4 at f16, just enough to smooth out most of the detail in the water and add some nice blur to the clouds. Of course there was no way I could hand hold at that speed and with no tripod I had to set the camera on my rolled up coat and use the 2 second self timer to get the shot above. It just goes to show that you don’t always need a bag full of gadgets to get the shot; a bit of ingenuity and a great little camera like the X100s might just be all you need!

2 thoughts on “Making the best of what you’ve got!”