The Belfast Marathon takes place on May Day each year and I thought I would have a go at photographing it. I’ve done a few events like this before, such as the Giro D’Italia, but always with my Canon 7D & 50D DSLRs and 70-200 F4 L and 24-105 F4 L lenses. If you’ve read any of my previous blogs you will know that the Canon gear has gone and has been replaced with the Fuji X-Pro1, several X Series lenses and the X100s. One of the main advantages of using a mirrorless system is its size and weight, so I decided to pack light. In the main compartment of my Billingham Hadley Small bag I packed the X-Pro1 with 35mm f1.4 and the 55-200 f3.5/4.8. I also took the X100s in one of the big front pockets with spare batteries, memory cards and a cleaning kit in the other. The equipment was a pleasure to use and was barely noticeable on the shoulders, something you definitely couldn’t say about the DSLRs and the big L Series lenses.

I had decided to visit a location, known as Whitehouse, that was half-way between the start and the finish lines. This might seem like a strange choice but my rationale was in not trying to compete with the pros and the large crowds that would be at both the start and finish; and indeed I was the only “serious” photographer at that location. In fact I must have looked so serious that people kept asking what paper I worked for and one kind woman even offered me a cup of tea! However, the best thing about this location was that as it was quieter and less crowded I was able to get much closer to the action and was even able to wander into the feeding and hydration station and get some wide shots with the X100s as the runners came through. 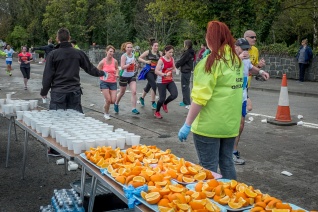 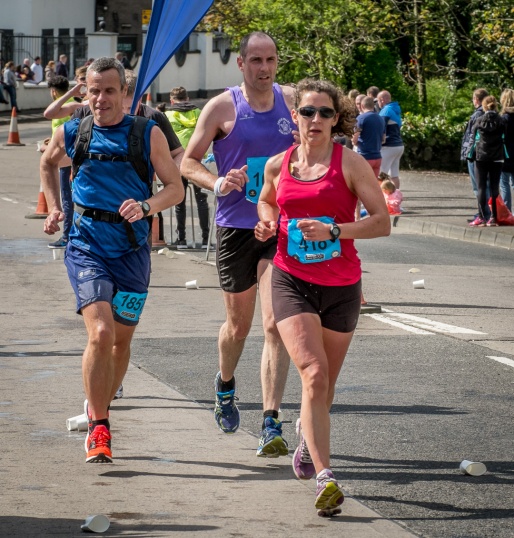 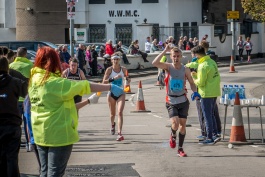 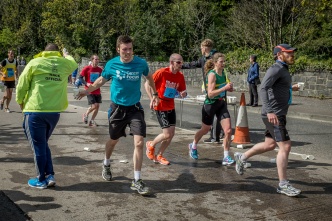 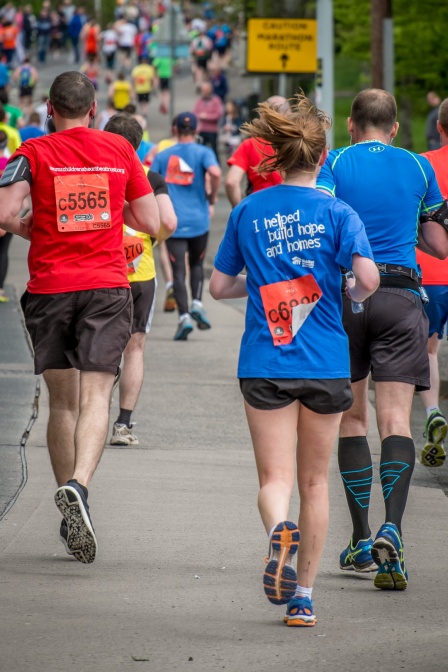 I have to say that the cameras and lenses were a joy to use all day and the images were sharp and crystal clear. At six frames per second I quickly filled up several 8GB memory cards and on reviewing the images in Lightroom I was delighted with he results. The 55-200 mm is by no means a top of the range lens but the images it produced were excellent and easily as good as those from my Canon 70-200 F4 L. I very rarely used the lens at its maximum focal length of 200mm as I was able to get so close to the action and an 18-135mm would have been just as good. The only negative I could find from the day was that the autofocus didn’t get it right every time; although most of the missed shots were more down to my poor timing and lack of skill than the camera and lenses. I will definitely have them out again at many future sporting events.